THE KVETNY GALAXY I & II

This film is a collaboration between an author and artist. The author has written a text inspired by the artist’s work, where after the artist again has created a new digital work inspired by the words. The Kvetny Galaxy II unfolds a “Surreal Universe”. The dense dazzled scenario feel, right out of a dystopian magical tale. 3D scanned ceramic sculptures, VR-sculpted animations and classical music lead you by the words into the galaxy. The psychedelic scenes are warped and dreamlike, dripping with saturated colors. There’s a dark feel and an open composition with amoebic creators with transparent souls. The landscape is strange and salute the Metaverse. Meanwhile, the floating forms and deep blues calls to mind Chagall. With an inspiration by Freud the viewer becomes an conduction archaeologist of the mind. To uncover buried thoughts and feelings, to place them in context, to try to understand the relationships between them. The different worlds look something like an archaeologist’s lab turned upside down, with strange, unidentifiable organisms and artifacts left and right. Using an “ancient language that transcends time, place, and culture,” the nightmarish landscapes provoke thought and wonder and dread. Philosophical and artistic influences aside, this dark world is a way to connect the digital and the analog world.

This is the story of an inner, psychedelic journey into Ida Kvetny’s universe

She was lying on the mattress with her eyes closed. Her body sank down deeper.Suddenly, the back of her head exploded: Like two palms from behind, psychedelic colours flowed in front of her head – en route to embrace the face. At first, she only sensed their presence from the corner of her eye, but after a while she was enclosed. Strong pink, orange and blue colours in drop-shaped patterns swam side by side with lazy eyes that one could float into. Fragile birds lay mislaid in cocoons. Little faces could be seen everywhere. Everything happened so fast. Hybrids of animals and humans fluttered in front of her eyes. Her body became liquid and melted into the space around her. It was a time and spatiality she had never experienced before. Shapes she didn’t know existed. Unidentified organisms that were in- and outside of her body. All of a sudden, everything detonated into crystals and she found herself floating in a stellar universe. The earth was gone, but she was not afraid. A calm voice called through the thousands of shooting stars that splintered around her.  Without making a sound, the voice asked if she was ready. A black figure with a diamond-shaped face starred without eyes in the distance. It came closer and insisted on showing her that which she had repressed and did not want to see: To peel off layers of her pain to find the subconscious. Their dialogue passed in silence. Together, they flew towards The Kvetny Galaxy.  She inside it. Engulfed by darkness.Blazing fires slowly lit up the darkness. It was a sharp and bluish light that turned into blue smokescreens that became tears on her cheeks. They petrified and turned into fossils from the past that she could bring along. She softly opened her eyes and found herself back in the room, but in a parallel world that contained an extra dimension. She had landed in The Kvetny Galaxy. The 3-dimensionality of reality was flat compared to this world. Transparent walls of smoke with traces of psychedelic colours cut through the space. The entire room breathed as one big organism: Like a giant duvet breathing in and out. A blue, deformed face with a red mouth came floating over her belly. It had long string-like, mechanical arms that slowly began to repair her and put her turmoil in place. At the same time, a green figure with blue hair circled around them on a flying carpet. The third eye at the back of the carpet was shinning bright. Her belly floated to the side and down into the mattress. The blue face told her that she would encounter objects on her way that would give her a new insight. And then it was gone again. The walls of the room lay down and opened up to the outside. A painting was still hanging. She floated into it. The body followed every line and moved behind them. There were sculptures whose flesh she could dissect by moving through them. The painting opened up into an urban space. A large, black face with colourful veins and a gentle, yellow mouth kept guard over the city like a shining moon. She flowed passed it and over the roofs of the houses. Islands with ceramic figures floated between the rooftops. Ceramic avatars looked curiously as she passed them. They became a part of her inner self. There was a promiscuity of shapes and colours that only existed here: A love and a darkness that called attention to new world orders. She slowly returned to the mattress. Gently rose and went outside. The houses were no longer laden with negative energy. She could now see the beauty of the world she existed in. The world was as new.

The Kvetny organism whispered-summoned all the things with which she wanted to populate the world: Billboards with 80s kissing mouths. Fighter amazones with aluminum lustre. The mime floated through a Möbius band. She invited everyone who wanted to change their eyes to look through the machine of the upholstered glasses. All the eyes of the city appeared. They looked through the dark of night at the flirting, outdated pictures. The pictures turned to the side and became things of several dimensions. The digital breath of the Kvetny organism had resuscitated every single old drawing in the world and now the drawings recirculated, crowding like small punks, thrown from parallel world to parallel world. They were cracked in precisely the right way. Corny and shimmering of old symbolic and new meanings.

It was a great sorrow to the Kvetny organism that surfaces always froze and that pieces of cloth stopped flowing freely in the warm night winds. The brusque monuments barked at her, they were wild and stupid dogs. She left solidified old fathers on their piedestals. She was all in silver. As the organism that she was, she floated everywhere like oxygen and gave high fives to the other floaters.

How does one best activate the third eye? What characterises the aesthetic experience? And what are black holes and wormholes in astronomy? You may nd the answers in Ida Kvetny’s subtle stop motion work Flashforward. The soundtrack has been borrowed from YouTube where various more or less famous people, including artists Laurie Anderson and Siri Hustvedt, philosophise and explain – and provide the voices for the artist’s animated ceramic gures. Flashforward offers subtle insights into the Internet lumber-room of narrative energy, pocket philosophy, fake news and facts.

Rides in the Galaxy

This video is about U

This video is about Blaze

Sorry, we couldn’t find that page

The Good and The Bad

Animation for the exhibition "En Face" 2009

The Pineappleproject 20120 Los Angeles Co-lab with artist Michelle Jane Lee ...Location: Joshua Tree, the desert. ..a story about the meeting of to artist...... 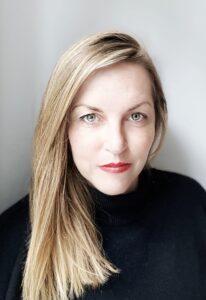 ❤️ REPOST• @radarcontemporary 👁We are sti